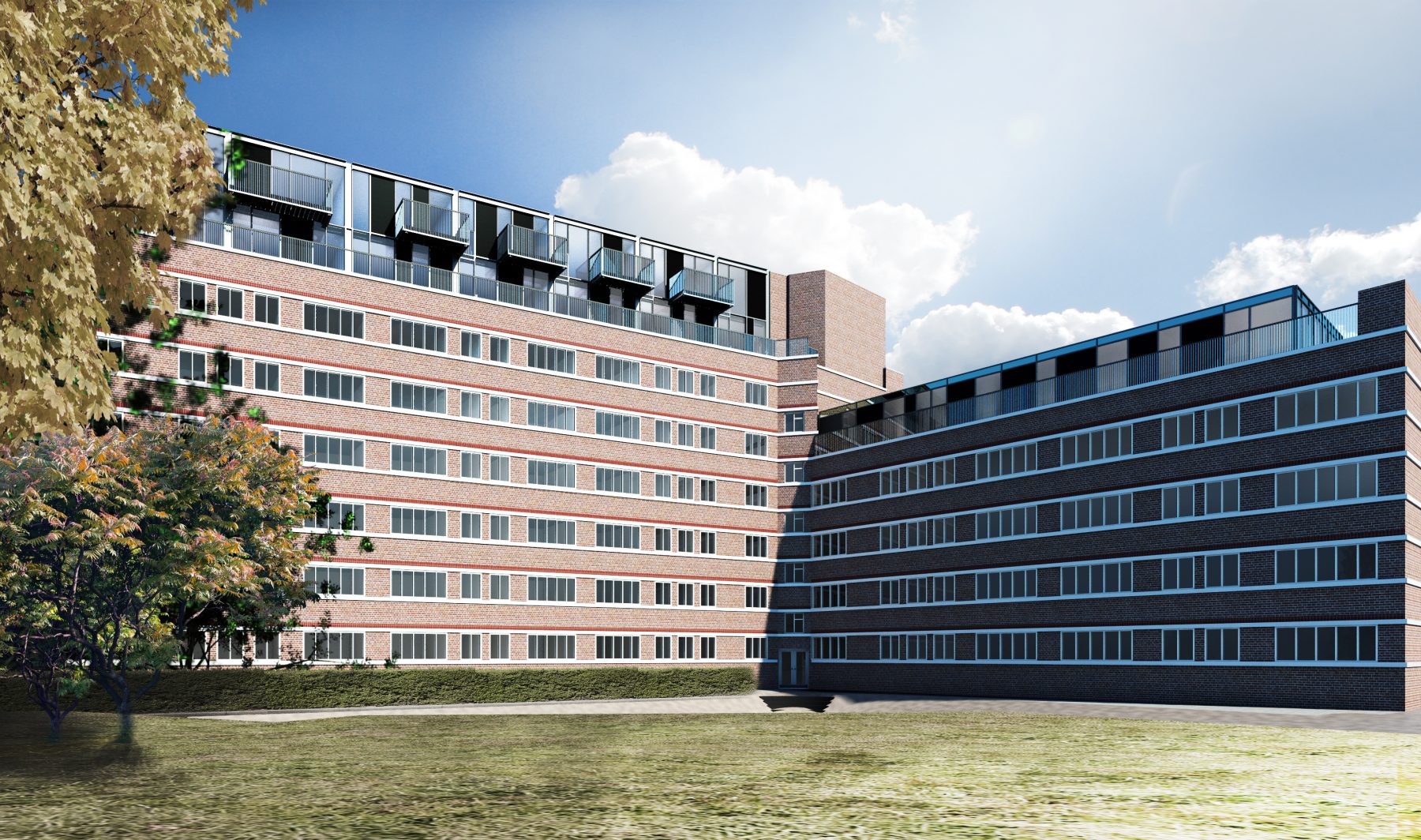 Sandhurst Court has been chosen as one of Brixton’s exemplar housing schemes by Lambeth Council.

Sandhurst Court, on Acre Lane in Brixton, is a rooftop development project designed by us, whereby nine new flats have been added onto the roof a 1930s housing block. Previous to the development the building was in a state of disrepair which would have cost several thousand pounds of work per leaseholder.

Sandhurst Court is not only our flagship rooftop development project, but the first of its kind in Lambeth

Unable to afford the repair costs, the leaseholders clubbed together to purchase the freehold of the building and approached developers Smith Street Estates about developing the roof space. The resulting project not only creates valuable new housing in the borough, but has generated enough funds to refurbish the building and landscape the courtyard.

Next week, uv directors Mick Haley and Will McGuinness will be showing members of the Planning Applications Committee around the scheme.

Sandhurst Court is not only our flagship rooftop development project, but the first of its kind in Lambeth, and we’re delighted that it’s been recognised by the council as a significant new model for creating housing in the borough.